Without dispute, the gorillas are the big attraction in Rwanda. However, we encourage you to give Rwanda the chance to show you all the other incredible things it has to offer. In this section, you will find a variety of activities to help you make more of your journey. All these activities are led by qualified and helpful guides who will make sure you are safe while having a lot of fun. 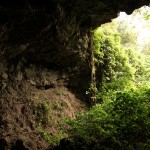 Location: Nyungwe Forest National Park, Volcanoes National Park Duration: Several Hours With the ample opportunities to view some of Africa’s most iconic wildlife, there is no question that there are equally ample chances to explore more intimately some of Africa’s natural spaces through guided nature walks. Nyungwe National Park boosts over 130km of color-coded walking trails ranging from a leisurely 2km stroll through the forest on the Buhoro Trail, to a 10km trek up steep forested slopes on the Imbaraga Trail. While it’s not guaranteed hikers will spot the famous chimpanzee … Read More 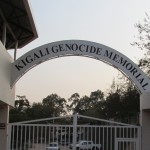 Activity Duration: At least 3 hours Location: Kigali Rwanda is a beautiful and safe country visited by foreigners most often to see the majestic mountain gorillas. However, Rwanda has a dark past that must never be forgotten. Beginning in April of 1994, a violent, systematic killing was initiated by the Interahamwe. The nightmare lasted 100 days and more than one million people were slaughtered. The centre sheds light on the approximately 256,000 buried here in mass graves, and attempts to explain the events and ideologies that lead to the 100 … Read More 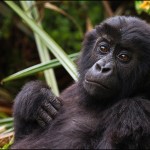 Activity Duration: 3-8 hours Location: Parc National des Volcans By far, the main reason travelers come to Rwanda is to track the wild, majestic Silverback Gorilla and witness it chomping on leaves and bamboo in its unadulterated natural environment of mist-covered bamboo forests. Accompanied by a guide, trackers hike into the rain forests of Central Africa. It’s not an easy trek, often involving climbing and scrambling up steep, muddy hillsides cloaked with dense, sometimes not-so-friendly vegetation. The hike can take anywhere from one to four hours, and sometimes going to … Read More 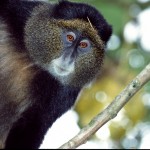 Activity Duration: Several Hours Location: Parc National des Volcans For the adventurous visitor looking for spectacular “off-the-beaten path”activities, Golden Monkey Tracking is a great half-day excursion, especially if time will already be spent in Parc National des Volcans for Gorilla Tracking. Golden Monkeys are distinguished by their golden body coloration and stark black patches on their extremities. Tracking of these beautiful monkeys is a relatively new opportunity; only since 2003 have visitors even had the option of doing it, making those who choose to track them, an anomaly in the … Read More 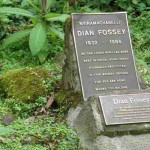 Location: Bisoke Mountain, Parc National des Volcans Duration: Several Hours It is widely believed the Gorilla population wouldn’t be in the numbers it’s in today without the devout work of Dian Fossey, an American zoologist who spent a large part of her life at a remote research camp in the Virungas studying the mountain gorillas and advocating to stop poaching, which was driving the gorilla population to extinction. Tragically, Fossey was brutally murdered (many suspect by angry poachers) on December 26, 1985. Fossey was buried in the Virungas next to … Read More 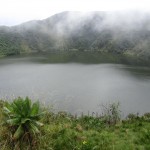 Location: Parc National des Volcans Duration: Varying Depending on Hike Chosen. See Below Ever wanted to hike a volcano? Parc National des Volcans is the perfect place to do it! The park covers the Virunga Mountain range which comprises six extinct and three active volcanoes. For the physically inclined there are hikes of varying lengths and endurance levels, offering picturesque views of beautiful mist-clad slopes of Rwanda mountain sides, and perhaps a chance to stumble on exotic wildlife. Ngezi Hike (3-4 hrs [easiest]) The easiest of all hikes is up … Read More 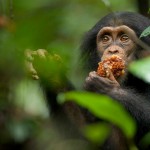 Activity Location: Nyungwe Forest National Park Duration: 6-7 hours. Visit starts at 5am. Two families. Only 8 people can visit at a time. An equally exciting opportunity while in Rwanda is chimpanzee tracking. Though they’re not the Silverback Gorilla, comparing the two tracks would be like comparing apples to oranges. Chimps are highly social and active in comparison to the docile mountain gorilla. They form in communities of more than 100 members and break off during the day into smaller groups to forage for food in different directions. Consequently, chimpanzee tracking … Read More 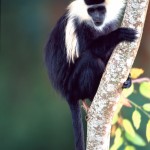 Location: Nyungwe National Park Duration: Several Hours The Colobus monkey is easily recognized by its entirely black body with stark white whiskers, shoulders and tip of the tail. A troop of nearly 400 of these monkeys call Nyungwe National Park home, meaning that although sighting wild animals is never guaranteed, visitors have a good chance of finding them an hour or less into the trek. Social in nature, visitors will almost certainly experience playful interaction with the curious primates. Doing this trek will give visitors the opportunity to interact with … Read More 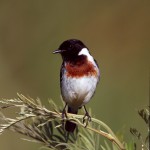